PriceSpy Reveals the Most Popular Games of October and You Can Win Two of Them!

In celebration of one of the biggest sales days of the year, Black Friday, taking place this week, New Zealand’s biggest impartial price and product comparison site, PriceSpy, has teamed up with us here at CultureJam to give away the top two most searched for games for the month of October. 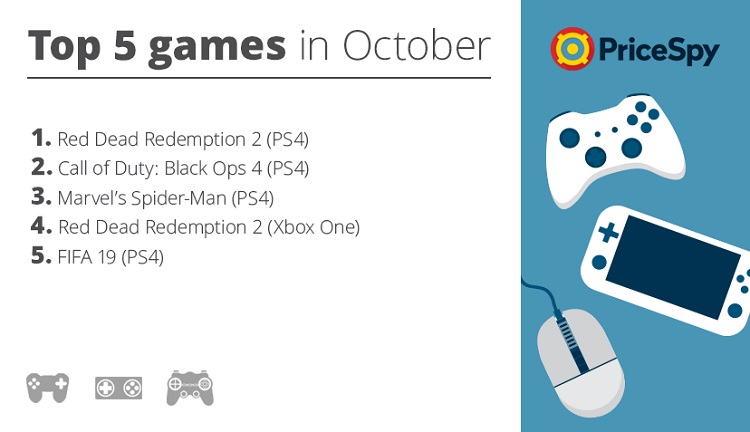 Despite not official being released and available to buy until 26 October, according to historical data insights from PriceSpy, Red Dead Redemption 2 (PS4) has knocked Marvel’s Spider-Man (PS4) off the top spot and is the most searched for game for the entire month of October.

Following closely behind as second most searched for game, is Call of Duty Black Ops 4 (PS4).

If you’re not quite lucky enough to win these two great games, you can keep a close eye on the range of Black Friday deals retailers are offering here.  Already, PriceSpy can reveal Marvel’s Spider-Man (PS4) is available to purchase for $58.

To stand a chance of winning these two games, enter our giveaway here all you have to do is enter right here!
Win Red Dead Redemption 2 and Call of Duty: Black Ops 4 on PS4 or Xbox One

This promotion is in no way sponsored, endorsed or administered by, or associated with, Instagram or Facebook.

NieR:Automata The End of YoRHa Edition is coming to Switch