For a series known for its exotic and outlandish locales, FarCry 5 is a bit of a departure, with the action taking place in the fictional Hope County in Montana, USA. It’s like an old joke; a sheriff, two deputies, and a federal marshal walk into a cult compound, where a megalomaniac has seized power and is running the county as a theocracy, killing or imprisoning all dissenters.

That’s not too close to home for our American cousins, is it? 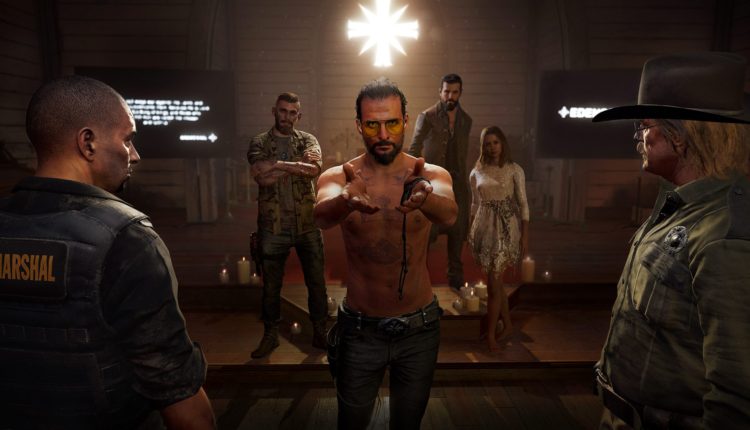 We’ll get the technical stuff out of the way immediately; FarCry 5 looks, sounds, and feels gorgeous. Everything from the movement of the animals, the reflections on the water, the flicker of the flames as you roast a cultist alive, it’s all extremely pretty. The music is a steady, low-key country style, and I love it; it’s my PS4 theme as well now, I’m really very fond of that soundtrack.

The story isn’t the most original in the world, no, but it’s fun. The NPCs are unique enough that it doesn’t get super irritating to be in the cycle of rescue, talk, repeat.

The companion system, Guns/Fangs for Hire, makes what was traditionally a mostly solo experience… Well, it makes it annoying. Sure, for some of the bigger assaults it’s handy to have a dude with a rocket launcher, a badass lady in an attack helicopter, or a goddam grizzly bear show up and wreck some cultists. But I’m a sneaky sneak at heart, preferring the stealth approach, and the aforementioned ursine companion… Isn’t. 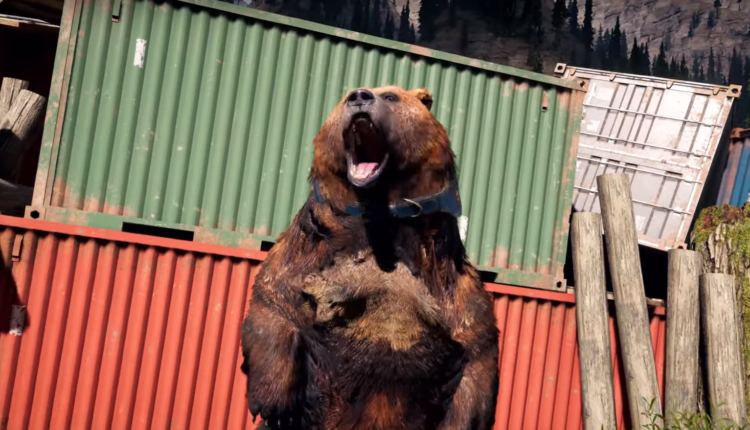 But you don’t care about any of this. You want to know how fun it is to beat some heads in with baseball bats, and shoot fanatics in the face with grenade arrows. The answer is very. It’s very fun. I didn’t want it to end. While some weapons initially feel underpowered, but once you start to unlock the goodies you’re in for a good time. Or you can do what I do: attach silencers to all your weapons and be a ghost until your companion breaks cover. I do miss the ‘swipe on touchpad’ feature to change weapons, though. I mean, I kept doing it by accident in FC4, but when I meant to do it it was fun. Maybe I was the only one who actually liked that? Regardless, the weapon wheel is still the weapon wheel, and easy to navigate, even if there’s a fishing rod in there now. 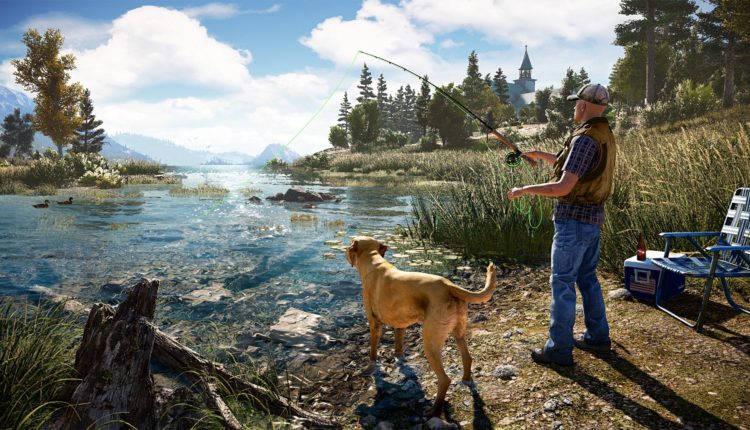 Fishing really is a bizarre inclusion to the series. Do people in Montana fish a lot? Probably. Do they fish a lot while fighting off waves of drug-addled religious fanatics? Probably not. The fact that every time I tried to fish some jerks with an airboat and an assault rifle showed up and scared the fish away didn’t help. They also shot me a lot. Wasn’t a fan of that either.

While you spend a lot of time hunting the most dangerous game (cultists), the other game is always hunting you. There’s nothing quite as terrifying as the badgers of previous games, but between skunks, wolverines, cougars, and the Eagles of Death Mountain, you won’t be relaxing in the wilds anytime soon. Seriously, are eagles really  like this? Because it seems like you can’t go anywhere without getting dive bombed by these feathery monsters. Someone call an ornithologist after we liberate the county from the Father, this is messed up. Probably all those drugs in the water. 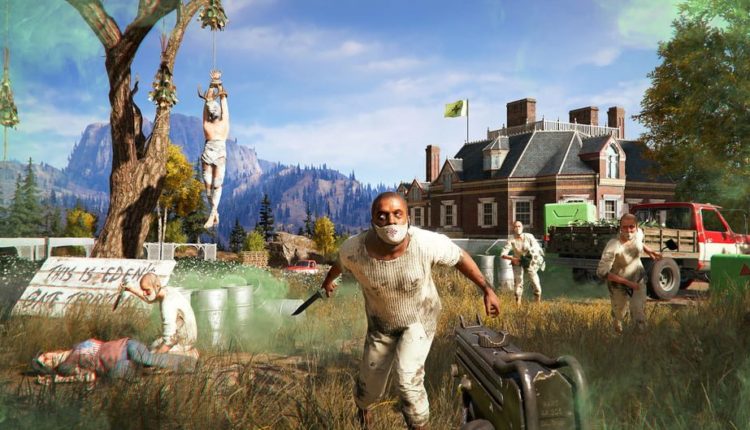 I love the older FarCry games, even that weird genetic modification plot from the original. The series is known for its colourful characters, subversive humour, and self-aware style. There’s not a lot of weirdness here by comparison, but there’s enough to know it’s definitely FarCry. I especially liked using an alien weapon while accompanied by Peaches, a cougar trained to eat men, and Adelaide, a cougar who is a maneater, and also my favourite character because god damn that woman owns. I spend a lot of time in these games, and immersion is a huge part of why I enjoy them.  The interactions between companions are the best part of this, because there might not be a lot of em, but the ones in there are solid gold. I especially loved hearing Jess, a hunter, complimenting Peaches, because it’s just cute as hell.

If you want a final endorsement, here it is; I bought the Season Pass. This is a game I received free for review purposes from Ubisoft, and I spent actual money on content I can’t access yet. That’s how much I love this game. FarCry 5 may pull some punches by not committing entirely to its clear inspiration, but it’s a rollicking good time, and any fans of shooters, fishing, or setting fire to wolverines should give it a look.

Now if you’ll excuse me, the bear and I have things to do.

Jin Sakai and Sackboy are coming to Fall Guys tomorrow