2017 has been one hell of a year for gaming, with more AAA releases and Skyrim remasters than you could shake a Switch at. And while it’s true that you definitely shouldn’t shake your Switch at anything, this has been a fiercely interesting year for gaming. C’mon guys, those things are expensive.

Now, a lot of those big city games writers will have top fives, and top tens, and all that. I, however, am a weirdo, and have taken a decidedly different approach. A maddenly specific and bizarrely subjective approach.

At least you won’t be bored. Let’s dive in.

Best Use of a Psychic Eagle – Asassin’s Creed Origins

Now, I’ve played a lot of games involving birds with supernatural powers… Well, alright, I’ve played like four, half of which were published by Ubisoft. But Assassin’s Creed Origins is definitely the best one this year, and the shot in the arm that the AC series so desperately needed. The complete overhaul of world, structure, and basic game mechanics all serve to reinvigorate the series and, while they also draw attention to what hasn’t changed (for every new hitbox based combat system, there’s yet another uninspired ‘my family is dead oh noes’ plotline), it still manages to come out ahead of most of the series.

You know that there are things that motivate people besides familial death, don’t you Ubisoft?

The best change ACO made was in reimagining series stalwart Eagle Vision to involve a literal goddamn eagle named Senu. It’s a bold move, and it’s just so ridiculously FarCry Primal that I can’t help but love it. 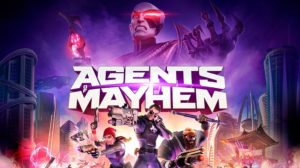 Look, I’m not a game designer, I don’t know their process. But I do know writing. And dammit, my Saint’s Roverwatch joke was FUNNY. And I’ll make you read it this one last time, and you WILL appreciate it.

Agents of Mayhem gets a rare double award, because let’s face it that first half was the ranting of a madman, and also it’s in this weird place where it’s not Saint’s Row, but it is Saint’s Row, and also a hero shooter so I dunno guys maybe take it back because there was a good game in there somewhere.

This isn’t a single instance so much as it’s a trend in gaming that’s come to a head this year; not every game needs an open world. I like structure once in a while, I like to bind, I like to be bound, and too much freedom can cause fatigue. Even games I otherwise liked, like Gravity Rush 2, were let down by a lack of direction (ha) that I strongly believe was due to open worlds where there should be a more linear progression system.

Not all open worlds are bad, mind you. I preordered Horizon Zero Dawn. Hell, I preordered the big edition with a statue of Aloy and a tiny book and all sorts of DLC I never used. I picked up a massive box from EB Games and brought it into work, where I tried to unbox it (I leave them out for the day, literally no one appreciates it, I work in an office for an industry body people c’mon). Inside the cardboard slip there was a box. Inside that box was the game, and another box. Inside that box was YET ANOTHER BOX. After that I assumed it was some kind of matryoshka deal and cried myself to sleep under my desk, after all I could have sworn I preordered Horizon Zero Dawn, not from the nestingdolls.co, online retailer. They called HR. It was a thing.

Alright some of that isn’t true.

HZD is a phenomenal game, and aside from all the plot holes and weird motivations and occasionally frustrating platforming there is an experience everyone should give a chance.

Most Dead Nazis on Screen at One Time – Wolfenstein: The New Colossus 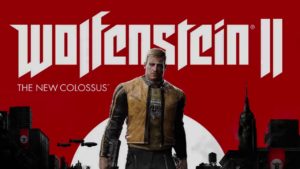 Ah, Bethesda. We’ve had our ups and downs, but ultimately you very Glorious Basterds know damn well how to sell me a game; give me a big gun, point me at some unequivocally bad people, and let me introduce them to each other in a spectacular fashion.

Wolfenstein 2 delivers on this big time, with a charmingly ludicrous but still emotional story, and gunplay that makes you really feel like you’re mowing down Nazis in style.

Wolfenstein also gets a surprise second award for ‘Best Marketing Campaign in Gaming History Because Look How Many Actual Nazis They Pissed Off’. Coveted, and well deserved.

Fewest Dead Nazis on Screen at One Time – Every other game 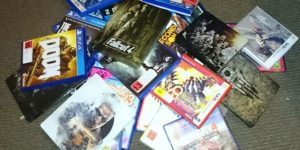 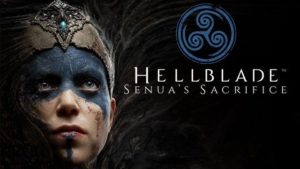 Mental illness is a monstrous thing. It is sneaky but loud, a sickness that ingrains itself in you and warps your world to suit itself. It is cruel, crushing, and constant. It is not something most people would make a game about. Half the time, good people get GamerGated when they try.

Hellblade makes psychosis into a game mechanic. It is an uncomfortable experience, and I did not enjoy playing it, but I’ll be damned if it’s not an exquisite feat of design and bravery.

This is an important game, because it shows not only how to fight psychotic delusions and hallucination, but also angry Vikings which, while not as applicable to most of our lives, is still a skill worth knowing. 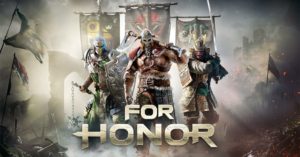 Speaking of fighting Vikings, why not look at For Honor? This one I reviewed myself, and look, it’s not a bad game. The combat is tricky but fun, the story… well the story is there, I guess. But For Honor completely falls apart on its main selling point, the multiplayer. No one cared. This is a game about Knights, Vikings, and Samurai waging eternal war and somehow, SOMEHOW, no one cared.

I mean I like the game well enough, and I’ve been meaning to go back to it at some point, but it’s like ‘For Honor? More like Why Bother’.

Ha… I crack myself up. You could have been so beautiful, For Honor. Instead you’re just… you. 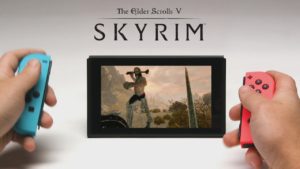 Skyrim very much works on Switch. And I mean really. While it’s darker than gallows humour in Solitude, there’s something fundamentally right about murdering the Emperor’s cousin at her own wedding while a government employee pretends he’s not watching from the seat beside you on the bus. Now that we’re all in our eighteenth replay of The Elder Scrolls V, and seriously jaded to long term exposure, the pick up and play portability breathes new life into one of my all-time favourite games, and makes Tamriel great again.

The price is a laughing stock, and seriously it’s insanely dark, but Skyrim will always be Skyrim. 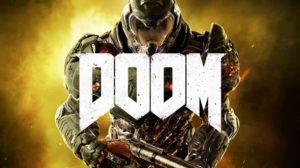 I love DOOM, and see above for my enthusiasm for playing inappropriate games on public transport. I wanted Switch DOOM to be great but holy Hell, DOOM doesn’t work on Switch. Handheld mode isn’t great at all, and if you’re docking then you not only need a Pro controller, but probably a hardware upgrade; I’m not a graphic purist by any means but, as with many Switch games, the downgrade is very noticeable on a TV.

DOOM is still an excellent game, but this wasn’t the console for it.

Worst Lootboxes – All of them 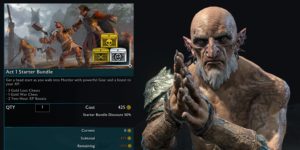 I and many others have said for a while now that the lootbox economy would implode at some point. It’d either collapse when people finally saw they were being charged for useless crap, or all games would be nothing but lootboxes and I would write a damning indictment of the gaming industry that eight people would read and instantly forget before going off to watch Jimquisition.

Since this is a list of games, I guess Shadow of War should go here, as the only game I played this year where I felt personally offended by the manner in which these were handled. Runners up are Destiny 2 and For Honor (yeah, I’m doing it twice), but they didn’t manage to piss me off by making me feel like I HAD to buy their useless crap or I’d enjoy the game less.

Shadow of War is actually quite good though, and I reccomend you play it, so long as you don’t go next or near that Ainur-forsaken store.

Best Lootboxes – None of them 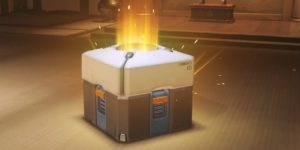 Hahahahaha there are no good lootboxes, c’mon people.

I don’t like Harvest Moon. I got bored with Animal Crossing. Minecraft and Terraria held my attention for a single evening each. So why have I spent a week trying to convince some goth girl and her hamster to move into my farmhouse with me and my cat?

Other people have explained the simple charm and fun of Stardew Valley better than I can. It’s cute, it’s quaint and, if you’re not an obsessive min-maxer like myself, it’s supposedly relaxing. It is also, and I cannot stress this enough, ideal on the Switch. This is a game that is truly at home on a handheld, and literally everyone with a Switch should buy it. I love it as a gamer, I love it as a member of the horticulture industry, I love it as a man, standing in front of a purple haired woman who eats rocks, asking her to love me and sometimes feed my cat.

It was almost my Game of the Year. But, if you know me at all, you know who gets that title.

Best Disabled Queer Woman of Colour in a Stealth-Action Steampunk Setting – Dishonored: Death of the Outsider 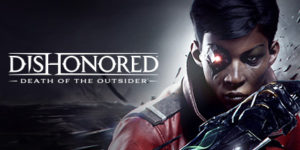 We have fun here, and my title for this one is glib, but I can’t stress how important it is to have diversity like this in games. Especially when they’re this good. Overall, I don’t know why people doubted I’d follow through with last year’s threat and make pseudo-DLC my Game of the Year. Arkane consistently put out the best of the best, and DotO is no exception.

This is a side of Karnaca we didn’t see in Dishonored 2. It’s harder, twistier, and richer in lore. It asks new questions while answering old, and Billie is one of the most engaging characters I’ve ever played as. I like Emily and Corvo, sure, but I cared about where Billie’s story went. Everything about this game was what I wanted from it, and while I can’t recommend it to newcomers due to the depth of the story, do you know how cheap Dishonored remastered is these days? No excuses.